Last year, we had our first auditions for Calaveras Has Talent on April 24-25.  We held auditions at two venues over two days.  We had a total of 5 people audition in Valley Springs and no one at the other!  At first it was a bit discouraging for us.  We thought we had enough publicity and enough posters out that people would just simply come and audition.  For what though?   It was a show!  We had no idea how it flow exactly.  What was the quarter final?  What did our talent get?  What was the purpose (outside of fundraising for music education?

It was just a concept that came to life…

Music, dance, comedy, and what we learned last year, yo yo, is what people do for fun.  To let off steam.  Performance art for their friends and family.  Or their band that gets together in a garage and writes music.  It means something to them.  Music is life.  Mostly, music matters and it matters to our citizens of Calaveras County.

While we were discouraged last year, we pressed on.  I still recall last year when Linda Owens had hijacked kids out of Common Grounds Coffee to run home and get their guitars and come back and play for our judges.  AND THEY DID!

We had a lot more auditions that second venue.  And from there it sort of grew to the 72 acts and 90 people that came through the quarter finals last year.   I still recall the Northern California Brothers walking in and surprising everyone with their talent.  I still remember the metal vocal from Josh Weber and he showed up in costume to boot at the quarter final.  I remember Max Girard stalling for 5 minutes to build the courage to audition.  And we were blown away!

We put on a heck of a show!  And we are doing it again.  This August we will host quarter finals at both Bret Harte Theater and the new Calaveras Pereforming Arts Center in San Andreas.

All proceeds from donations and ticket sales benefit our music programs for education in Calaveras, Vallecito, Bret Harte and Mark Twain School Districts.

Thank you all for your participation last year and in advance this year!

PS -You can donate here!  Donations may be tax deductible! 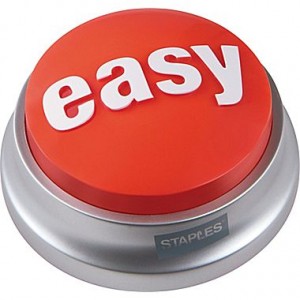 Calaveras Has Talent is a competition.  Last years final 13 participants were true competitors.  Maybe not so much at first, as their love for song and dance (and yo-yo) was why there were there in the first place.

It’s their passion!  And they loved doing it!

And so do you!

Use a karaoke style song (without the original voice) or play your own guitar/piano accompaniment or have a someone play with you.

We will have the option for iPhone or mp3 with the headphone output option.  If you use a CD, please try and bring your own player as CD-R’s come in all kinds of formats.

Calaveras Has Talent is…  because of YOU!  You make the show.  And your efforts help us raise money for music education in Calaveras County schools.

Thank you and see you at the audition!

For audition locations at Calaveras Has Talent 2016

For further info, this is a great link on auditioning.