Here are some cool “did you know?” facts!

1. Did you know that at one time we owned our own Band Bus? It carried all the uniforms and equipment. This picture was taken in May 1980 in Santa Cruz. We needed two school buses to transport the entire band and chaperones.

2. This was the 1st performance of “The Spirit of Calaveras”. It was a combination of volunteer band students from all our CUSD elementary schools. Ione Homecoming Parade, May 1980. It allowed our students from the smaller schools to get involved with a marching band. 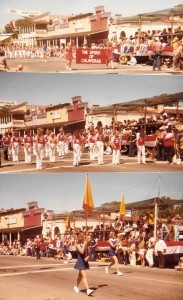 3. O.K.—this goes back to 1971. There were music students (both band and choir) who wanted to do a little bit more so an extra-curricular group was formed—“CHS Madrigals”. They met once a week (for the sheer joy of singing). Their focus was learning madrigals and performing for community groups but they also put on “Nights of Musical Comedy” in the music room at CHS. This is from “You’re A Good Man, Charlie Brown”. 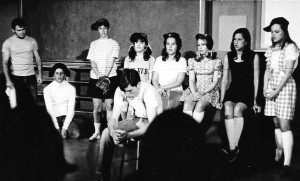 4. In 2000 the TMS Advanced Choir had auditioned and was accepted to perform in the “Arts At Sea” floating music festival. There were 650 Jr. High, High School and College students from all over the world on board the Viking Serenade on a cruise to Mexico. Unfortunately the Boys Choir from Guam was unable to come and we ended up being the only Jr. High group. There were choirs, bands and orchestras. The University Band from Calgary, Alberta, Canada adopted us (We had taken frog pins to share and they did the same). Chaperones were able to go ashore in Mexico but all performers stayed on board. It was an amazing experience. We may come from a small rural county but we have extremely talented young people (not just in music but in all areas). 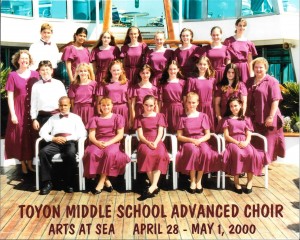 5. Did you know that the Calaveras High School Band was invited (with one day warning—thank you transportation dept.) to perform at the SF 49ers Super Bowl Victory Parade in Jan. 1995?!!! 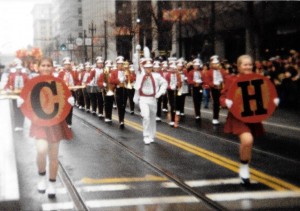 More DID YOU KNOW to come!  Check back for more fun facts!